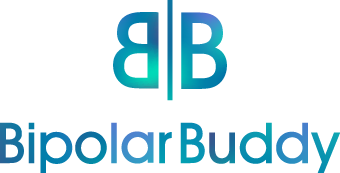 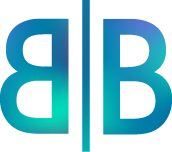 Why so Many Meds?

Several complex factors contribute to the development of Bipolar Disorder.

These include genetic and environmental factors and an imbalance of chemicals in the brain. Exactly how the disorder develops is unclear, so it can be tricky to treat.

Brain chemicals – called neurotransmitters, are like couriers in the brain. They carry signals from one part to another.

Scientists have developed several methods to study chemical activity in the brain. Yet, there are no methods to measure the brain chemicals’ concentration.

The neurotransmitters that contribute to mood stability include serotonin, dopamine, and noradrenaline. These chemicals are not measured for clinical purposes but are researched in a laboratory setting to determine the therapeutic effects of drugs.

What makes management of bipolar disorder challenging is that no two people are alike, nor do they respond to medication in the same way.

Understanding how different antidepressants work is complex. Because neurotransmitters cannot be accurately measured, it is often a case of trial and error to find the best fit.

Sometimes one drug can stabilise a person’s mood, while other people need a combination of several. When the same condition has to be treated with different classes of drugs, the water becomes muddier still.

The drugs most used to treat Bipolar Disorder are mood stabilisers. These drugs do not cure mood swings; moods are stabilized by reducing severe mania and depression.

There are three broad types of mood stabilizers- Lithium, Anti-convulsants, and Anti-psychotics. Each has a different effect.

Lithium is the most used and studied drug to treat Bipolar Disorder. Lithium reduces the severity of mania and can significantly reduce suicide risk.

These are anti-seizure drugs for disorders like epilepsy. Originally they were only prescribed to people who could not tolerate Lithium, but they are now widely prescribed.
They work by calming hyperactivity in the brain in several ways. Anticonvulsants can be used with Lithium or on their own.

There are different types of antidepressants that act on various neurotransmitters. It is not uncommon for your doctor to prescribe more than one kind.

Antidepressants combined with an antipsychotic work to stabilize mood and lift depression.

Anti-anxiety medications are sometimes prescribed to help with anxiety, but these are generally used on a short-term basis.

Finding the proper medication for bipolar disorder can be challenging. People experience different symptoms and severity of symptoms. Plus, everyone responds differently to medication.

This is why finding the drug or combination of drugs that works best for you. You may have to try several different medications and many combinations before finding the right mix.

Of course, trial and error can feel frustrating, and patience is vital. Even after finding the right drug or mix, it might still take some adjusting to find the correct dose.

About the Author: Ellis Feldman